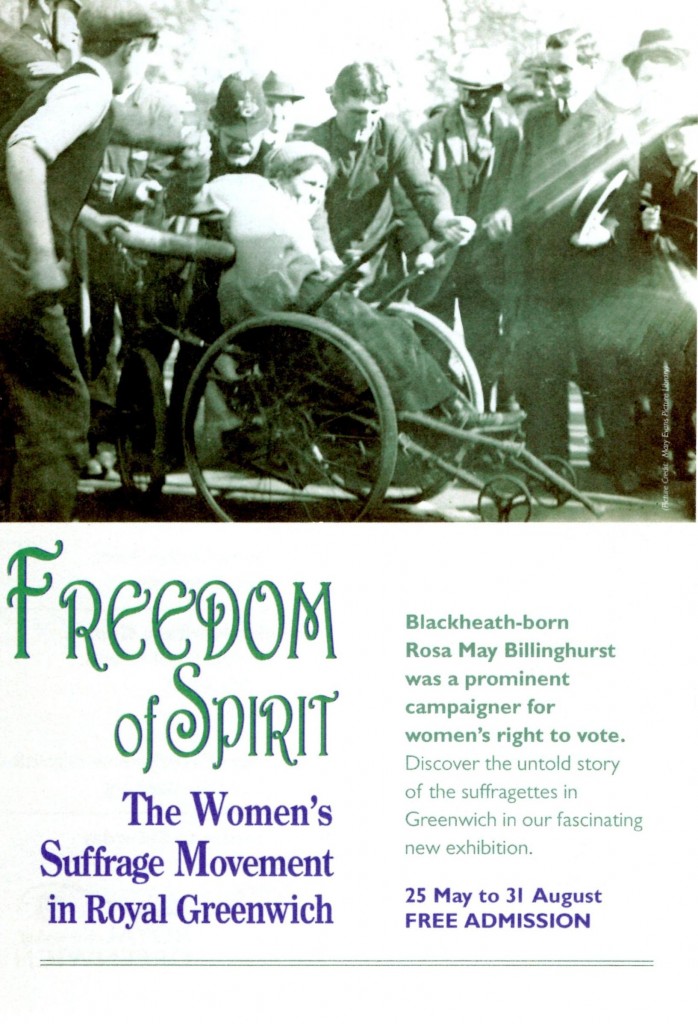 “In 1914 a suffragette plot to blow up the water reservoir on Shooters Hill was foiled” – an intriguing tweet from @TOWIWoolwich about the Greenwich Heritage Centre‘s new free exhibition on suffragettes in Greenwich set me on a hunt for more information. Which reservoir were they talking about I wondered – was it the Shooters Hill water tower, or one of the reservoirs on Woolwich Common or Jacob’s Corner, or even that under Oxleas Meadow?  Who was responsible for the plot and how were they foiled?

A quick search of the web using the DuckDuckGo search engine didn’t help, so off to the library to consult Bagnold and W.T. Vincent – nothing. I did find some useful information at the Heritage Centre. They have a fascinating  folder about the suffragettes in Greenwich which includes a copy of an interesting and informative little booklet by Iris Dove, entitled “Yours in the Cause, Suffragettes in Lewisham, Greenwich and Woolwich”. This mentioned  the alleged plot, and gave slightly more information – a date:  June 1914.

The Freedom of Spirit exhibition is well worth a visit. As well as telling the story of the life of Blackheath- born suffragette Rosa May Billinghurst there are displays about the suffragettes’ campaigns and the authorities’ reaction. One case holds one of the force-feeding tubes that were used on imprisoned suffragettes who were hunger striking. It’s not surprsing broken teeth resulted from the ceramic mouthpiece. I’d never heard of the “Cat and Mouse Act“, under which extremely weak hunger-striking prisoners could be released until they were well and then rearrested.

Woolwich was a centre of support for women’s right to vote, with both the local council and labour party strongly in favour. Many people travelled from Woolwich up to London for speeches by suffragette leaders and demonstrations.

I tried another web search, looking for Woolwich reservoirs rather than Shooters Hill and this yielded a number of articles in overseas newspapers, such as the New York Times, The Singapore Free Press and Mercantile Advertiser,  The Press from New Zealand and the Otago Daily Times all with essentially the same text:  “A suffragettes’ plot was discovered to blow up the Metropolitan Water Board’s reservoir at Woolwich”.The New York Times went further:

London; Tuesday, June 16.- A plot by militants to blow up the Metropolitan Water Board’s reservoirs in the Woolwich District was communicated to the authorities last night. These reservoirs supply a large part of the Eastern district of London, and their destruction would cause widespread inconvenience.

As a result of the information, a large force of police guarded the reservoir all night.

Perhaps the local papers would have more details of the plot, I thought, so armed with a precise date I headed back to the Heritage Centre where they have drawers full of microfilmed copies of local papers going back to the nineteenth century. Trying to resist being deflected by interesting articles about a 1914 Woolwich Photographic Club outing and comparisons of Woolwich in 1914 with 1893,  I scanned through to find the suffragette plot. The Kentish Mercury from June 19th 1914 was sceptical about the reports, which must have appeared in the London newspapers too:

MILITANT SUFFRAGISTS AND THE WATER SUPPLY

A daily contemporary announced on Tuesday that a plot by the “fool-furies” who are known as the “militant Suffragettes” to blow up the Metropolitan Water Board’s reservoirs in the Woolwich district had been communicated to the authorities. It was added that these reservoirs “supplied a large part of the eastern district of London” and that “their destruction would entail widespread inconvenience”. If the writer’s information in regard to the plot is no better than his knowledge of London’s water supply, there is little ground for alarm. As a fact, the reservoirs referred to, which are at Plumstead and Shooters’ Hill, are of altogether minor importance. Nothing is known of the “plot” at the offices of the Water Board, but, in any case, the reservoirs and works of the board are always well guarded, and it would be a difficult matter indeed to do them any serious injury.

But the Kentish Independent and Kentish Mail from the same date reported that the stories were based on an innocent enquiry:

It appears that a few days ago a young lady appeared at the water tower on Shooters Hill and asked a number of questions of one of the residents near by.  How much water did the tanks hold? and where did the supply come from? and other queries were amongst those asked. The questioned one immediately jumped to the conclusion that his fair questioner must be a Suffragette, who had in view a dastardly attack upon the water tower with a bomb. The rumour soon spread, gathering picturesque and unveracious embellishments as it went along, and someone was soon found to telephone the exciting incident to the London “dailies”, who naturally made the most of it. From enquiries made by a “Kentish Independent”  representative it is found that the supposed “wild woman” was a teacher making harmless enquiries so as to be able to give a lesson to her class on how our houses are supplied with water. Innocent of the alarm her questions had given, she subsequently appeared at the water tower with the children, but was not allowed within the enclosure.

It seems the reservoir plot was just a teacher researching a lesson about water supply! However the Heritage Centre’s exhibition is a reminder of the suffering endured by many suffragettes in the battle for the vote – such a shame so many people don’t use it. 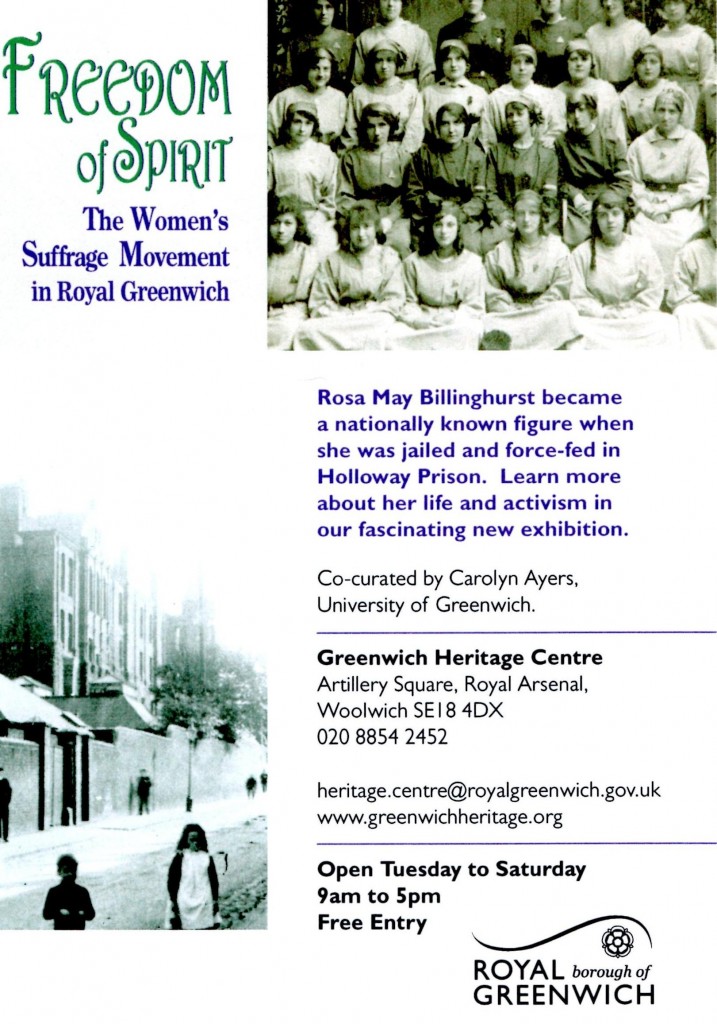