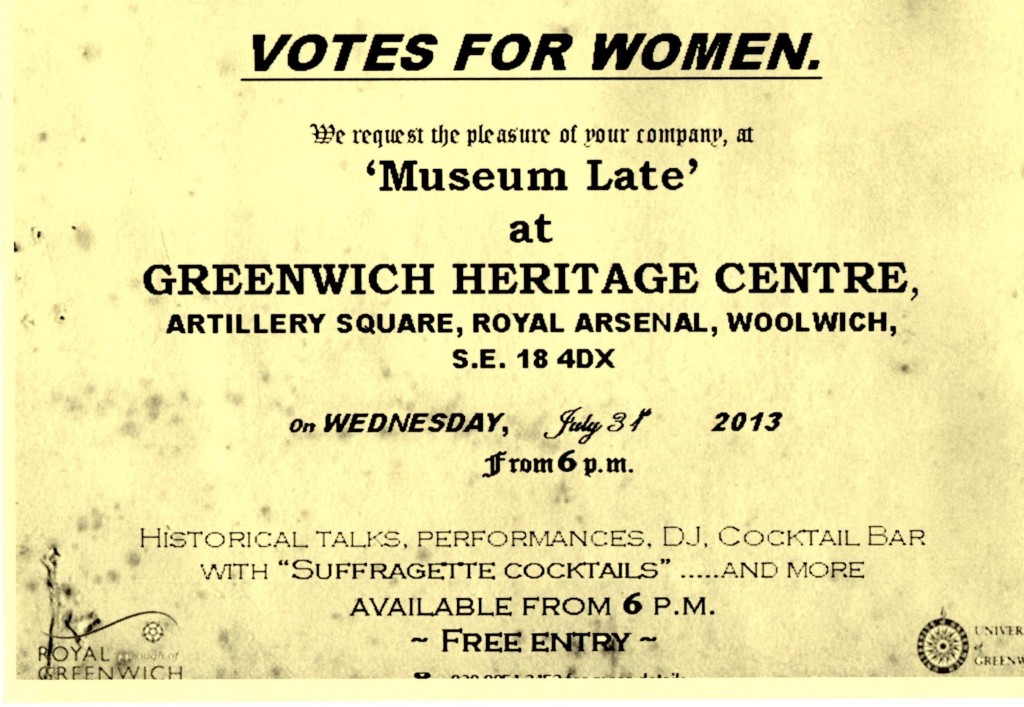 How do you make a Suffragette Cocktail? An American recipe from 1909 says it contains gin, Italian vermouth and French vermouth stirred with ice and a dash of orange bitters, and that it has very strange effects on men, such as turning them into dish washers. Well, there’s a chance to try the Greenwich Heritage Centre’s interestingly coloured version of the cocktail next Wednesday, 31st July.

The Heritage Centre is holding a “Museum Late” Suffragette Evening starting at 6.00pm, organised in collaboration with the University of Greenwich. Shooters Hill-based actor Natalie Penn will be performing extracts of her one-woman drama “Lie Back and Think of America” which she recently took on tour, commencing with two performances at Shrewsbury House in April. The Woolwich Singers will be singing popular songs from the era, including the music hall favourite “She works at the Woolwich Arsenal Now” – a munition worker’s romance written by Robert Donnelly. The sheet music for this song featured in the “Freedom of Spirit” exhibition about suffragettes in Greenwich at the Heritage Centre. Donnelly wrote  a number of sentimental songs, including “There’s love in my humble home“, “Please let Mother Come Home Again” and possibly “Don’t Go Down in the Mines, Dad“.

Other activities during the evening include historical talks, a DJ and the launch of a new publication about local suffragette Rosa May Billingshurst written by third year University of Greenwich History student Carolyn Ayers. Carolyn was the co-curator of the “Freedom of Spirit” exhibition.

The evening is also a celebration of the Heritage Centre’s tenth anniversary at the Royal Arsenal in Woolwich. Entry is free. 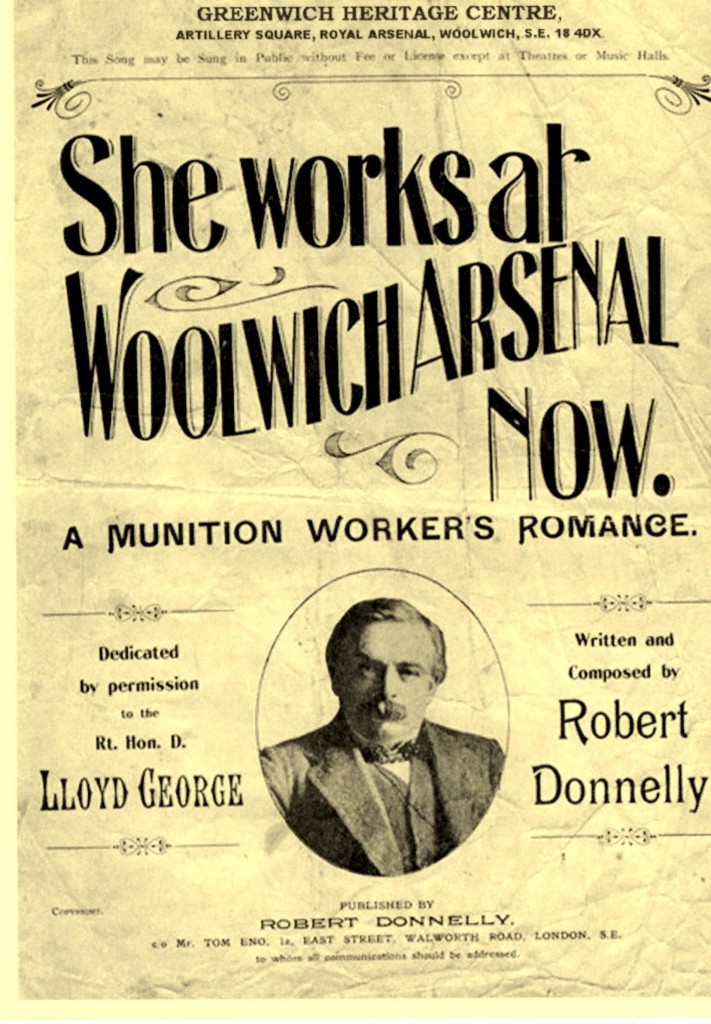