Shooters Hill Local History Group will be meeting on Thursday, 1st December at Shrewsbury House starting at 8.00pm. Steve wrote to me with the details:

The Shooters Hill Camcorder Club are putting together a local history film night for the Shooters Hill Local History Group on Thursday 1 December at 8pm at Shrewsbury House.
Short films will include ‘After the Storm’ about the 1987 storms; ‘Down to Earth’ featuring the tunnels under Greenwich Park and ‘The Princess Alice Disaster’ telling the story of the sinking of the passenger paddle steamer.
Everyone welcome.
A visitor fee applies.

Sounds like a really interesting meeting!
There’s an imposing memorial to those who died in the sinking of the paddle steamer Princess Alice near Woolwich in 1878. The inscription on the memorial tells the story of what happened:

The Saloon Steamer
“Princess Alice,”
Returning from a pleasure excursion
Was wrecked off Tripcock Point
By collision with
The steam collier “Bywell Castle,”
On the night of
September 3rd 1878.
It was computed that
Seven Hundred
Men women and children
Were on board,
Of these about 550 were drowned
One hundred and twenty were buried near this place.
To the memory
Of those who perished
This cross
Was erected
By a
National sixpenny subscription
To which
More than 23000 person contributed. 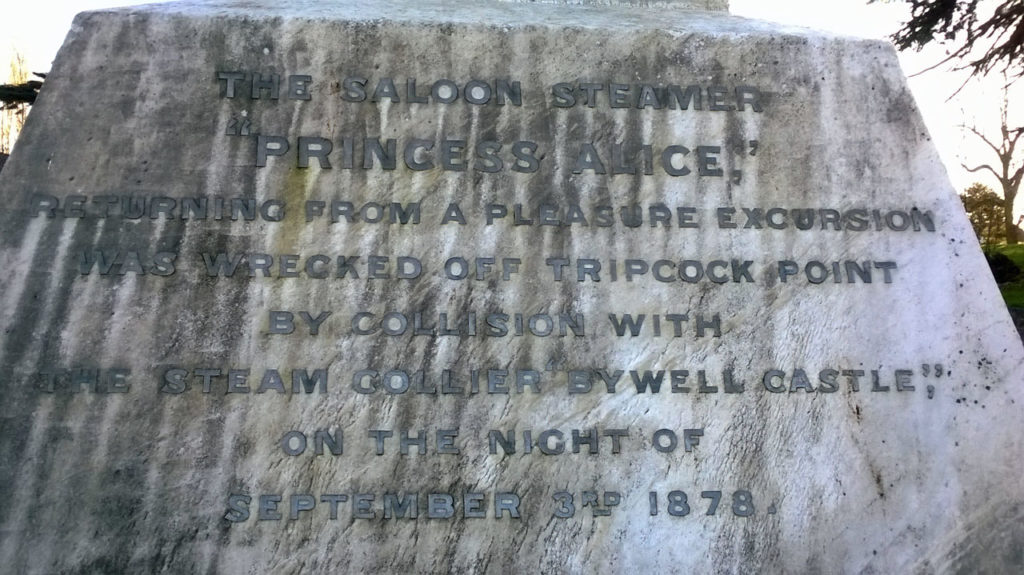 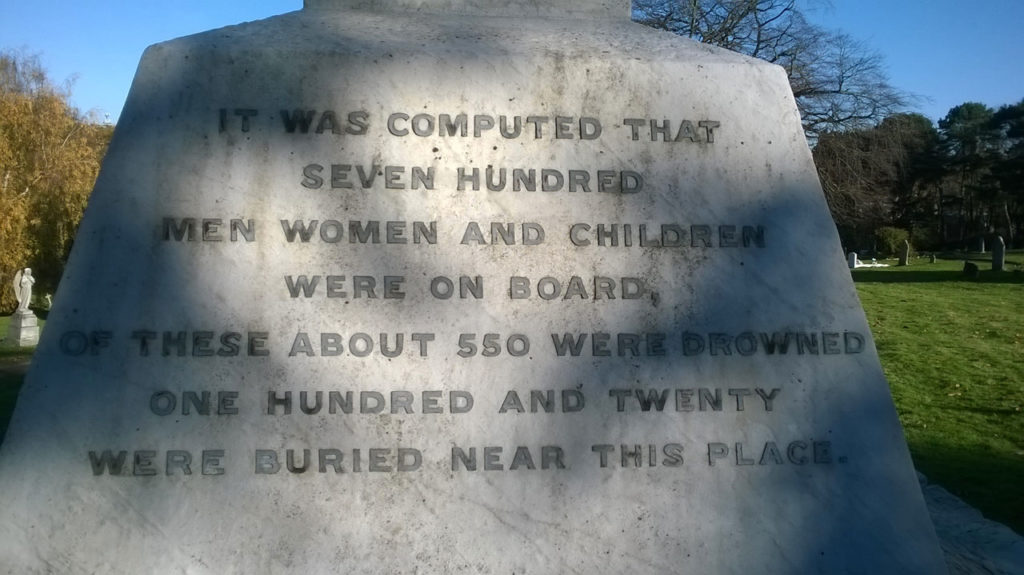 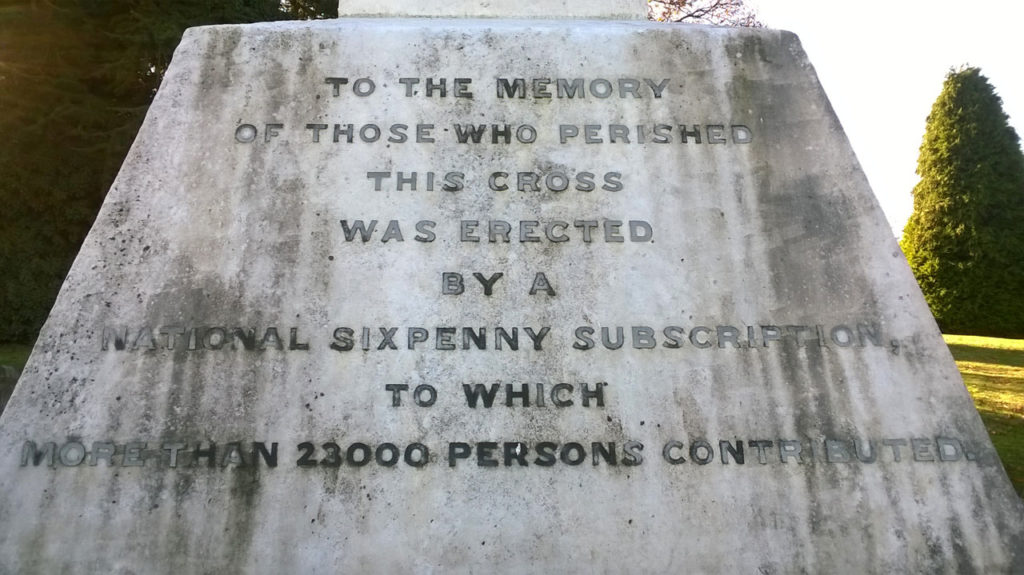