As a one-time chemistry researcher I was very fascinated to discover that Michael Faraday was for twenty-one years the Chemistry Professor at the Royal Military Academy – between 1830 and 1851 – and that set me searching for other scientists who worked in the local area. I was pleasantly surprised at how much there was to find out  about science research in Shooters Hill and Woolwich. The picture of the Academy above is from a book called “The Gentleman Cadet His Career and Adventures at the Royal Military Academy Woolwich” by R.W. Drayson which tells the story of life as a cadet in around 1844, when Faraday would have been lecturing.
Faraday is widely regarded as one of the great scientists, especially for his work on electromagnetism, which provided the basis for the technological application of electricity, such as in the electric motor and the transformer, and the concept of the magnetic field. He is also known for the discovery of benzene and the liquefaction of chlorine as well as fundamental work on electrochemistry. It is reported that Albert Einstein had photographs of Faraday, Newton and Maxwell on his wall. In 1825 Faraday started the Royal Institution Christmas Lectures, which are still going today. Farady resigned his post as Chemistry Lecturer at the Academy on the 9th February 1852, but little is known about his work while he was there.

Faraday’s successor as Chemistry Lecturer at the academy was Sir Frederick Abel FRS. Abel was born in Woolwich in 1827 and became the leading British authority on explosives, working at the Royal Arsenal as well as the Royal Military Academy. He won a patent dispute with Alfred Nobel, instigator of the Nobel Prize, who claimed that Abel’s Cordite infringed Nobel’s patent for Ballistite. Abel was responsible for the development of the Chemical Laboratory, Building 20, at the Royal Arsenal in 1864.

Abel’s assistant, and successor as Chemistry Professor, was Charles Loudon Bloxam. He resigned from the post in 1882 due to the lack of discipline. Perhaps he was the lecturer who suffered from the cadets’ creative coordinated clowning described in Guggisberg’s history of the RMA, “The Shop: The Story of The Royal Military Academy”:

To lecture single-handed to a class of seventy cadets on some abstruse problem in chemistry, accompanying it by some complicated practical experiments with things called retorts, and at the same time to keep order, is avery difficult task. The difficulties are further increased if you are a man of great kindness of heart, in love with your work, and not suckled on military discipline and methods.

If you are of an unsuspicious disposition, you would probably regard it as a curious coincidence that seventy cadets at one and the same moment should light seventy crackling and noisome fusees. For smoking was once allowed in the east lecture-room to drown the stinking fumes which are the peculiar properties of experimental science. You might even pass unnoticed the extraordinary fact that, five minutes later, seventy wax matches were struck in succession from the left-hand end of the front desk to the right-hand of the back row. Wrapt in the task of transferring some deep calculation from the brain to the blackboard, with your back turned to the audience, you would certainly — unless you were built differently to other people — miss seeing half-a-dozen cadets shinning up the tall pillars supporting the iron roof. But if you turn suddenly and catch them sliding down — well, it is a different matter.

Perhaps you may have occasion to bring off a slight explosion by the judicious mixture of certain acids, an explosion which reverberates through and shakes the  lecture-room in the most unusual manner. When the smoky fumes clear away you may be surprised to find that seventy cadets are stretched prone on the floor behind the desks. But when an individual, with the conscious innocence of youth on his bland and chubby face, in response to your invitation to explain matters, assures you that he  was fairly bowled over by the shock, what are you to do ? How can you possibly punish this child-like candour ?

The Academy also attracted many other scientists as professors and lecturers. They included:

Other Shooters Hill scientific activities during the eighteenth and nineteenth centuries included the experiment in telegraphy using static electricity conducted on Shooters Hill by Dr Watson, bishop of Llandaff described in an earlier post. There is also a claim, in W.T. Vincent’s “The Records of the Woolwich District”, that Shrewsbury House was the birthplace of gas lighting in the early nineteenth century. A Mr. Winsor was said to have experimented with gas before the introduction of gas lighting, and to have erected the first gasometer in the grounds of Shrewsbury House, though this claim is subject to some doubt. 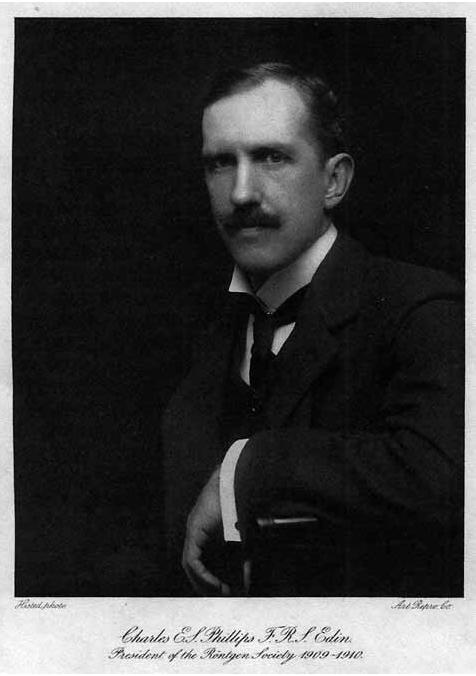 Castle House in Shooters hill was the home of Major Charles Edmund Stanley Phillips who has been described as the first British Medical Physicist. Major Phillips was the son of Samuel Edmund Phillips, the co-founder of the Johnson and Phillips Cable Company who is commemorated in the shelter in Shooters Hill Road, and he also donated the Telegraph Field to provide a site for the War Memorial Hospital. Some of his experimental work on electrical discharges and X-Rays was carried out Castle House, and he also used to ride by horse from Shooters Hill to work at the Royal Marsden Hospital in South Kensington. As well as his scientific work Major Phillips was an artist who exhibited at the Royal Academy and a violinist who owned a Stradivarius violin.

Scientific research, especially in explosives, continued at the Royal Arsenal from the time of Sir Frederick Abel almost up until its closure. This included research starting in the 1930s on the explosive known as RDX – an explosive that is more powerful than TNT. The term RDX is believed to stand for Research Department eXplosive, and the Chemical Research and Development Department at the Royal Arsenal were one of the originators of the term. Then in 1947 a project code named Basic High Explosive Research (BHER) was initially based at the Royal Arsenal, led by William Penney who became known as the Father of the British Nuclear Programme. This was the start of the project to develop Britain’s atom bomb.

The other local centre for scientific research in the 20th Century was the Woolwich Polytechnic, later to become part of the University of Greenwich. I was very pleasantly surprised to discover that the Chemistry Department there had been run for 32 years by Professor Arthur I Vogel. I remember with affection Vogel’s text books on analytical chemistry which were an essential part of my scientific education, and are still used today (with updates). The most famous alumnus of Woolwich Polytechnic however must be Professor Charles K. Kao, winner of the 2009 Nobel Prize for Physics for his pioneering work on fibre optics at STC in Harlow – work that has been described as being as important as that of Marconi. Professor Kao’s many awards include an honorary degree from the University of Greenwich, but it seems especially fitting in view of the scientific history of the area that his awards also include the Faraday medal of the IEE.